South Wilts emphatically chased down 237 inside 49 overs to inflict a maximum-point defeat onto St Cross Symondians in the latest round of timed games.

Having lost the toss and been asked to field, South Wilts struck early, first having Hampshire allrounder Asher Hart caught behind off skipper Hibberd, then St Cross captain Tom Foyle dismissed by fellow opening bowler Ryan Murray. However, from 23-2, St Cross managed to rebuild for the majority of the pre-lunch session through a 102-run partnership between Logan van Beek and Harry Came. Van Beek, returning from Dutch international duty, was easily the most fluent of the St Cross batsmen, with one of his 3 sixes landing on the hockey pitch, while Came was more content to sit in against tight bowling from Steve Warner (who went for only 25 in a 10 over spell) and Jack Mynott. But, with only a couple of overs till lunch, van Beek’s 75-ball knock came to an end thanks to a sharp return catch to bowler Jack Richards, the overseas falling for 53 to leave St Cross 125-3.

Without van Beek at the crease, scoring for St Cross became far more difficult post-lunch. Mynott’s impressive 18 overs were finally rewarded when he bowled Robert Hadfield for 10 with the score at 156-4. Although runs weren’t flowing, Came remained defiant in reaching a very well deserved century for the talented 18 year-old, before finally being dismissed by Hibberd for a 162-ball 106 that was the backbone of the St Cross innings. However, Came’s dismissal at 230-5 led to a total collapse as St Cross went in search of quick runs in the final few overs. Luke Evans, currently in the bowling form of his life, collected 3 wickets, while Hibberd finished with 4-31 as 230-5 became 237 all out with one ball remaining.

The South Wilts reply started badly, with van Beek bowling Wade at 2-1. Despite consolidation by Mynott and Tom Cowley, South Wilts were in further trouble at 52-3 when Mynott was caught at the wicket by Harry Foyle for 22, and Hayward was brilliantly caught at slip for 4. This bought Ben Draper to the crease for 3 balls before tea. In form after scoring a maiden SPL 50 against Havant last week, he set the tone for what was to follow by pulling the penultimate ball before the break over the square-leg fence. In partnership with Cowley, the score raced to 108 before Cowley fell to Jack Bransgrove for a well-made 43.

St Cross now seemed well in the game, with Draper now joined by Sam Arnold in his second 1st team appearance. However, in a partnership reminiscent of the days of junior cricket for the two 19 year-olds, the ball disappeared to all parts of the ground in a stand that took South Wilts to within 11 runs of victory. Draper was particularly savage on any short deliveries, hitting 13 fours and 2 sixes to score a maiden SPL century in only 82 balls. Later described by skipper Hibberd as one of the best innings seen at Lower Bemerton, Draper was unfortunate to be caught in the deep for exactly 100. Victory came soon after, with Arnold finishing 49*, and Hibberd dispatching consecutive long hops to-and-over the boundary respectively to finish 10* in a 5-wicket win for the hosts. The South Wilts skipper now has the most red-inkers in SPL history, only one away from a half-century he will be hoping to achieve away to 2nd-placed Lymington next week.

The 25 points collected from this game consolidates South Wilts in 3rd position, with Lymington and Bashley now within touching distance in the race for the title. 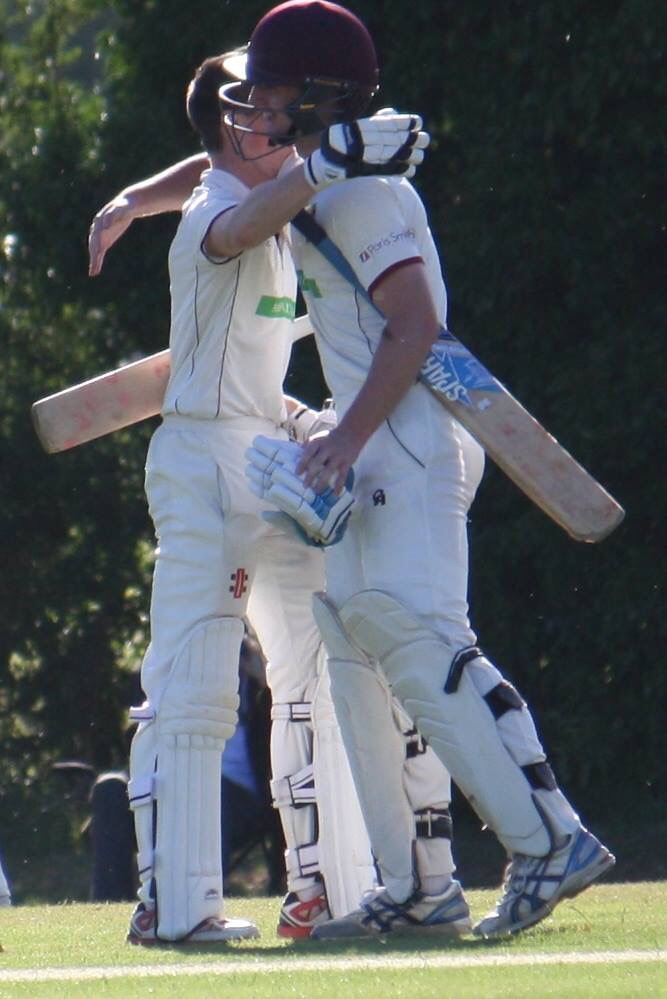 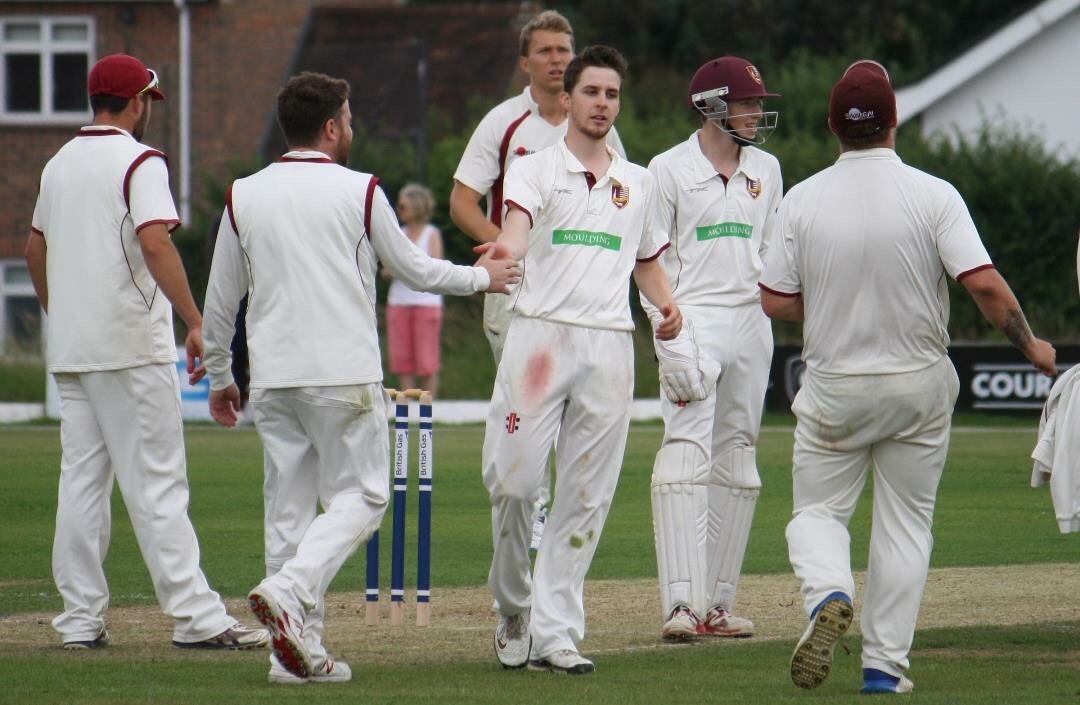