South Wilts ‘rawr’ into the semi-final of the T20 competition after resoundingly beating Sparsholt by 49 runs.

South Wilts, having won the toss and batted, made a rapid start to their innings through openers James Hayward and Joe Cranch. Both were particularly severe on Nicholas Doubell, with Cranch depositing the off-spinner into the hockey pitch, and Hayward hitting 18 off the 4th over (with 3 reverse-swept boundaries). However, scoring was much less free from the other end, with David Banks bowling 4 straight overs for only 10 runs. The tight opening spell from Banks likely bought the wicket of Cranch, who holed out to long-off from the bowling of Michael Haworth for 18, leaving the score at 52-1. Hayward and Ben Draper then added 35 quick runs, with the former passing a 3rd consecutive half-century in this competition. But, both batsmen fell in quick succession, with Hayward’s 37-ball knock ending on 54 when he missed a low full toss to be lbw, and Draper gloving behind to the returning Doubell for 12.

South Wilts were in further trouble 20 runs later, when Tom Cowley was run-out after a calling mix-up, which left the score at 111-4 off 15 overs. However, Jack Mynott, playing his first T20 game of the summer, was able to provide the acceleration the innings needed. Using his feet effectively, the highlight would be a six over extra-cover as Mynott scored 33 off only 24 balls. After being run-out in the final over, Ryan Murray then struck 12 off only 4 balls, including a six off the final ball of the innings, to finish the South Wilts innings on an above-par 151-6.

Sparsholt were quickly behind the eight ball from the outset, with tight bowling from skipper-Rob Pittman and Murray allowing only 6 runs to come off the first 3 overs. Murray struck in his first over, having Jamie Skeoch well-held by Hayward at point, while Pittman bowled his 4 overs straight through, going for only 13 with a maiden to start the Sparsholt reply. However, Sparsholt skipper Michael Haworth and Sam Kennet did slowly begin to rebuild, with 65 added for the 2nd wicket, and boundaries starting to come far more easily than the first few overs. Huge credit therefore goes to leg-spinner Jack Richards, who dismissed both batsmen in consecutive balls to leave the score at 67-3 inside 10 overs. Richards added another couple of wickets in his 4 over spell, finishing with the best figures of the day with 4-19. Luke Evans then returned to dismiss the dangerous Banks for 21, then the Sparsholt lower-order, to finish himself with excellent figures of 3-16 from his four overs. Only 4 runs came from the final 4 overs as Sparsholt finished 102-8 from their 20 overs.

South Wilts must wait for the 3 remaining quarterfinals next Sunday to find out whom they’ll play in the semi-final. 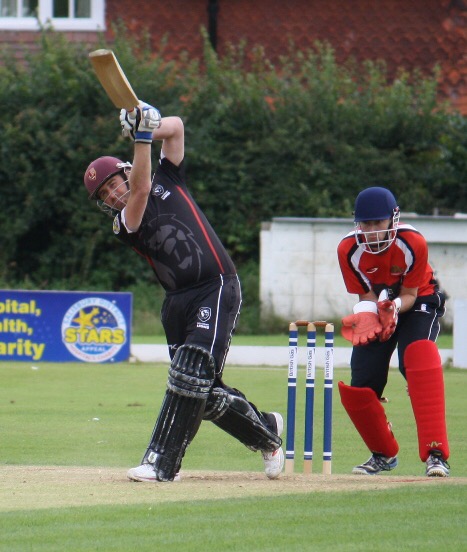 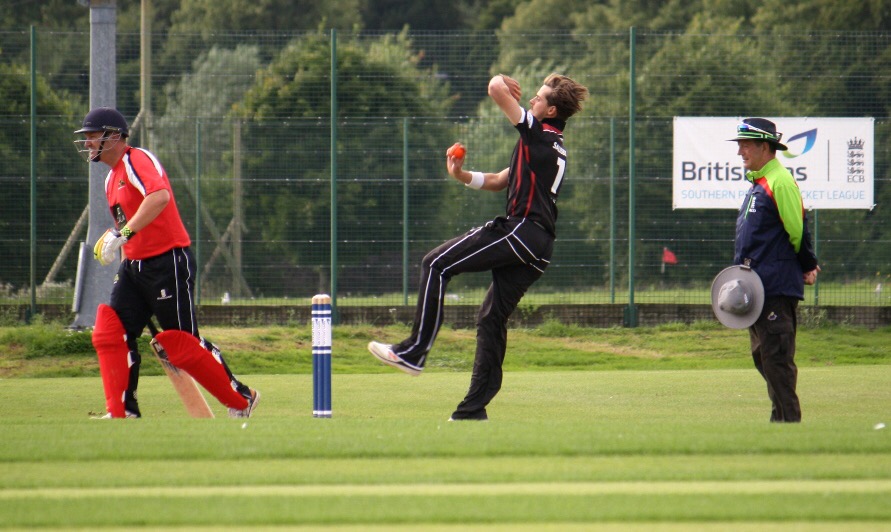