South Wilts exited the Grace Gates with heads held high after finishing as losing finalists in the ECB indoor sixes championships at Lord’s.

They arguably exceeded their own expectations by reaching the national final, but stretched Canterbury, the hot favourites, all the way before conceding a three-wicket defeat off the second ball of the last over.

“Our club can be very proud of the team and all that we have achieved during this winter,” reflected skipper Rob Pittman after the Lord’s final. “We’ve played at a high intensity along with a good skill level, which has enabled us to produce some very good indoor displays against some very good opposition.”

South Wilts qualified for Lord’s for the first time after winning the Wiltshire county title at Pewsey in February and then emerging victorious at the Taunton west play-offs, where they beat Cheltenham Civil Service before crushing Exeter University.

Eventual winners Canterbury had already underlined their pedigree by thrashing Welshmen Neyland (103) by nine wickets before South Wilts took to the Lord’s stage in the second lunchtime semi-final.

Paired against the Shrewsbury-based Grasshoppers, South Wilts promptly lost skipper Rob Pittman to a controversial low-down catch at mid-off before Tom Pearce somehow survived a run out – both in the opening over !

Tom Cowley and Tom Pearce both retired, but at 83-4 in the tenth over, South Wilts weren’t in the best shape.
But a late run blast, led initially by Pearce (who went on to make 39) and then Cowley, who finished 64 not out after plundering 21 runs off the final over, saw South Wilts to a competitive 128-5.

With Cowley and Pearce bowling economical mid-innings spells, Grasshoppers lost wickets all the way down the line and, but for a late blitz by Jack Edwards (47) on Will Harries (2-39), would have been pressed to make 111.
South Wilts were unquestionably the underdogs going into the final.

2011 ECB winners Canterbury having skittled Wimbledon and Sparsholt for 43 and 39, respectively, in the east regional play-offs.
But South Wilts made a decent fist of it, reaching 40-1 at the six-over half-way point and with everyone chipping in alongside Tom Pearce (28) posted a tidy 113, three batsmen being run out.

Canterbury roared away at ten runs an over through young opening pair Isaac Dilkes (28) and Sam Burt (23) and then Stuart Drakeley, who made 27 not out.

But South Wilts clawed their way back into it by taking three wickets and had they not fluffed two run out chances in the field, Canterbury’s task might have been harder.
The Kent Premier League side were 87-3 off nine overs and eventually got home by thee wickets off the second ball of the last over.
“I thought the final was evenly matched and a very good advert for the indoor game,” Pittman added, to finish second in the country from 1,100 clubs is an excellent achievement from the boys.

“The winter success definitely gives the lads a lot of confidence going into this summer’s Southern Premier League programme.
“We’ve got a lot of experienced guys at second team level now who have played in high profile games which can only be good for us going forward.” 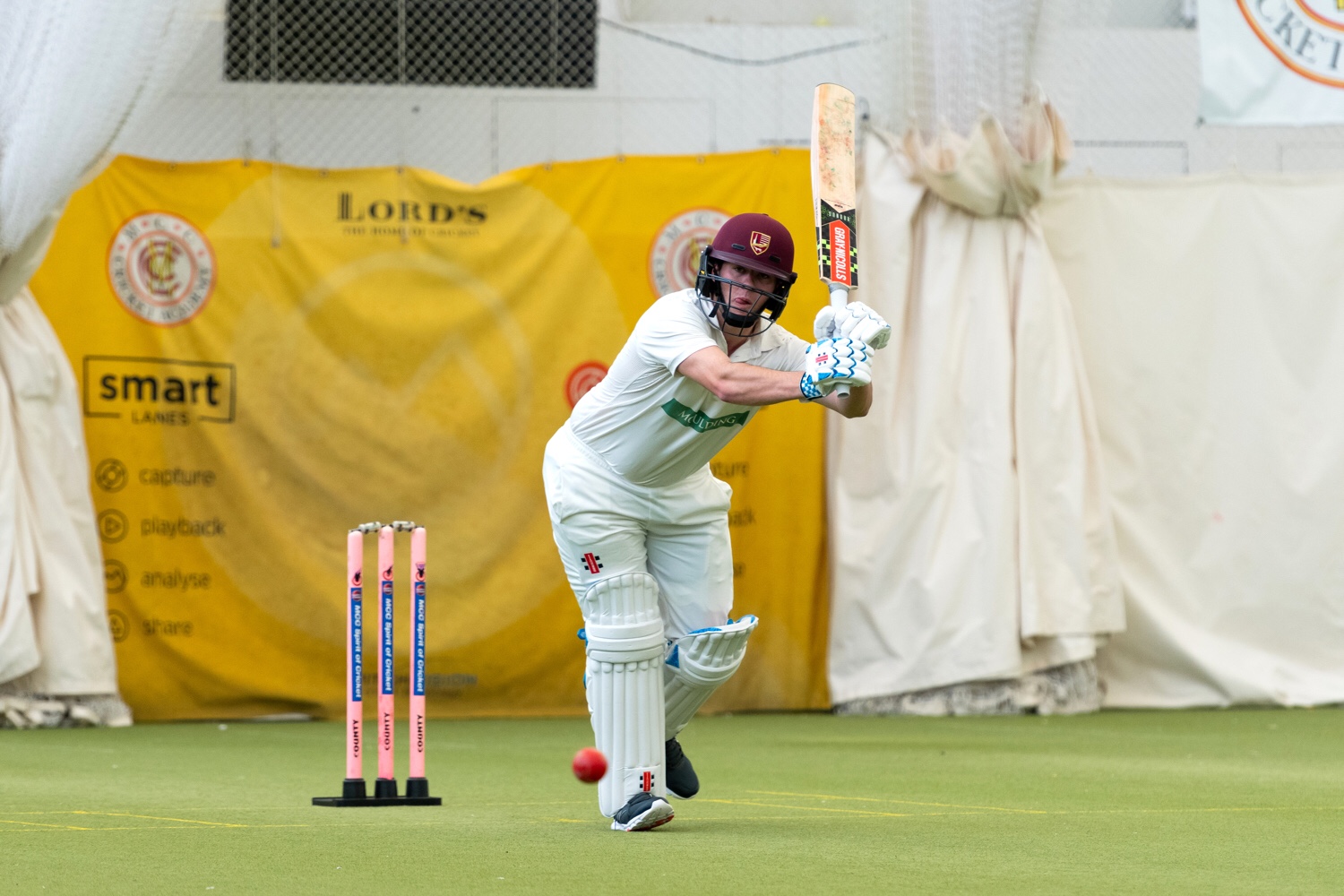