It has been confirmed that Ben Draper as been appointed Interim Captain of the 1st XI for the remainder of the 2020 Season.

With a shortened season, the 1st XI are using the opportunity to look to the future. Ben Draper will take over 1st XI captaincy with immediate effect. Jack Mynott (on his return from Kenya) will assume the role of Vice Captain.

Tom Morton will remain as Senior Head Coach and be overall in charge of the senior playing section, alongside Paul Draper in his role of Chairman of Selectors. 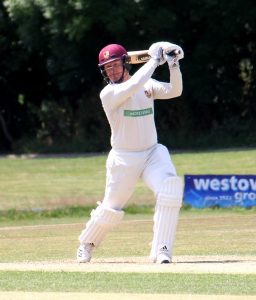 Tom Morton said of the appointment, “It seemed like a great opportunity to give some of the younger guys some experience and start planning for the future. Ben & Jack are two players that we see as committed to the club moving forward and I look forward to supporting them in their roles for the remainder of the season”.

The Club would like to wish Ben & Jack the best of luck in their new roles.